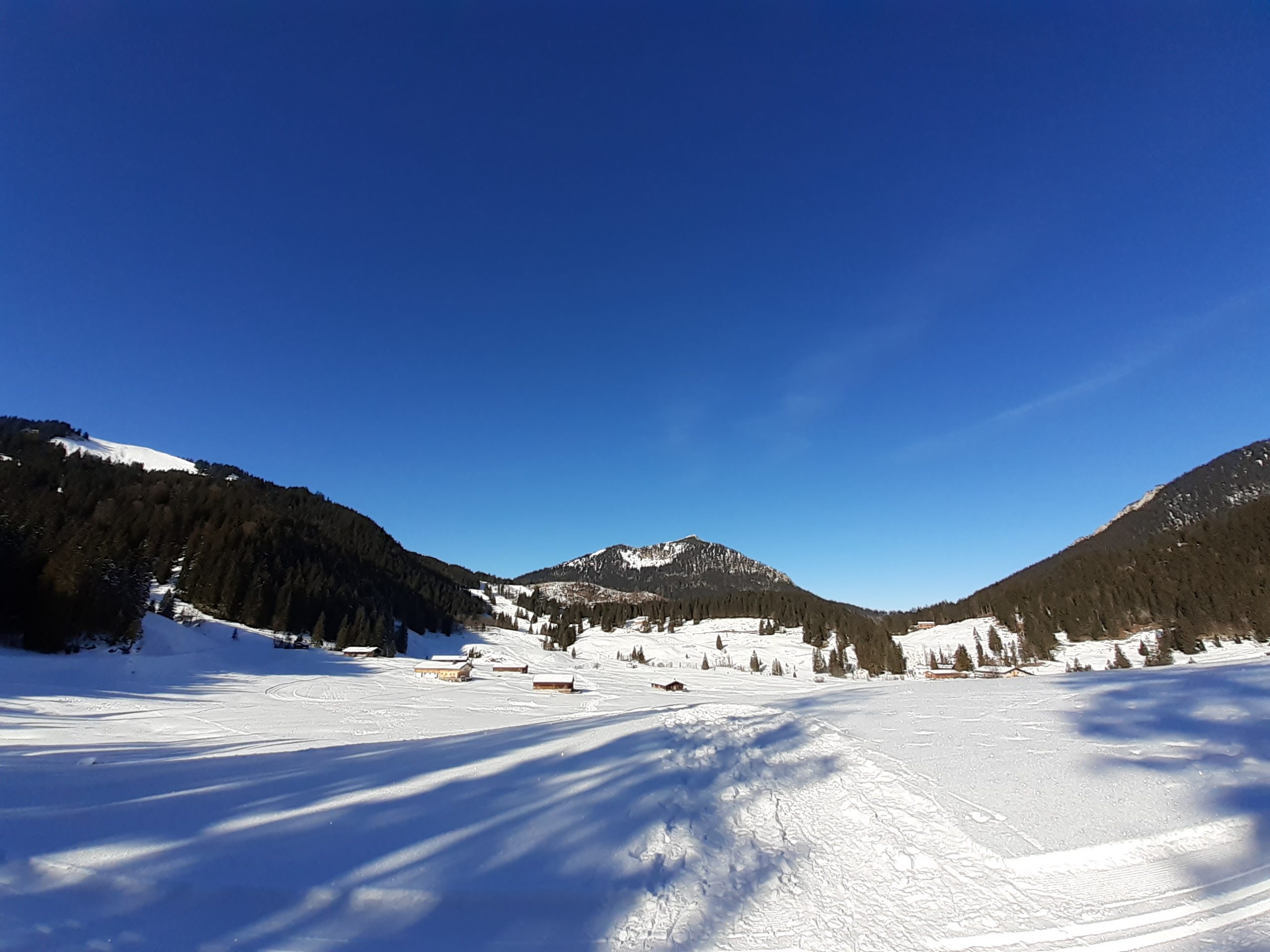 A group of six of us, myself and five members of the ‘Enviro’ team at Patagonia, a clothing company who are the forefront of the pursuit of ‘sustainable’ clothing, are walking through the snow in the Bavarian mountains. Patagonia’s ‘sustainability’ credentials are already pretty impressive. They offer to repair any of their gear and take it back for recycling when its life is over. They pledge 1% of sales to environmental groups and campaigns. They actively get involved in campaigns and activism. They aim to become carbon neutral by 2025.

They were the first large clothing chain to move to 100% organic cotton. And much more besides. So, there I am at a three day retreat for around 25 leaders of the company’s Enviro teams from across Europe who are reflecting on how the company might play a more proactive and proportionate response to the climate and ecological emergency. It’s very cold, and the sunshine is intense against the deep blue sky.

We are out on what I later come to think of as a ‘Walk of What If’. The previous evening, after dinner, in our timber Alpine meeting room, I had given an overview of my book ‘From What Is to What If’. I had got them up and exercising their imagination muscles. We had done some joint time travel to go forward to a 2030 where we had done everything we could possibly have done, and we had played other games and reflected on why imagination matters and why it might be, in 2020, that our imaginations are in trouble and in need of some help.

Following that talk, the next morning, the facilitation team decided they were going to tear up their plan for the day. Instead, we were invited to go out in groups of 4-6 people, and to put ourselves into a ‘What If’ frame of mind. We were to assume that nothing is impossible. That there are no constraints. That there is no right answer. And we were invited to take a 50 minute walk in the snow, to weave some play into what we were doing, and to come up with ‘What If’ suggestions that would be appropriate to the company’s increased ambition and to the global crisis.

We were also invited to practice ‘Yes, And’. The idea was to not shut down other people’s ideas with our fears, reservations, objections or lack of enthusiasm, rather to build on the previous suggestion, to add to it, to explore it more deeply. And so we walked, and the ideas began to pour out.

Off in the distance at different points in the snowy landscape we could see the other groups also wandering and deep in discussion. The ideas, the ‘What If’ questions started to flow. Rather than everyone’s usual experience of suggesting ideas which are then met with a lukewarm, or downright dismissive “yes, but”, here ideas were heard, savoured, and added to. I felt like, out there in the sunshine and the snow, that we were almost entering an altered state of reality, so novel was the experience.

The ideas poured out faster than we could capture them. We avoided going into them in more detail, rather we captured them and moved on.  We kept walking. We made snow angels. An attempted snowball fight fizzled out because the snow was too powdery. Eventually we headed back up to join the other groups.

Back in the warm, each group was invited to choose their strongest ideas, one for each person in the group, and to write each one on an A4 piece of paper. Sitting in a large circle, everyone was asked to read out their idea and to then place it on the floor in the centre. Once we’d done this, I talked about the urgency of the climate crisis, and that the only responses that were ones consistent with 12-13% cuts in emissions per year starting right now. Lucy, the facilitator, asked people to imagine a spectrum from one end of the room to the other, one end being ‘really, really urgent’ and the other end being ‘not really so urgent’. In dialogue with each other, people were invited to order the ideas along the spectrum.

I was part of the group that, over a very welcome hot drink, took one of what we thought was the most exciting ideas and thought it up in more detail. We explored it from different angles, came up with a pretty workable suggestion for how it might work in reality. All the groups then came back together and shared the 5 detailed proposals for different projects that could be a radical shift in the organisation and how it works. All had potential to be deeply transformative. It was very exciting to see these rounded ideas in the world whereas the day before they hadn’t existed. Born of the snow. And of ‘What If’.

There was then a fascinating discussion about whether or not to change the name of the group from the ‘Enviro’ team to the ‘Climate Crisis’ team, as a way of reflecting the new sense of urgency. There followed a sharing of concerns about increased workload, and how other work would need to be put to one side in order to do the new ideas justice. Discussions that will need to be had in every single company around the world if we are to do all that we can to avoid the extermination of life on this planet. This is real leadership being shown here.

For me, our time walking in the snow was magical. It felt like we had created the ideal conditions the imagination needs. We felt safe in each other’s company. We had space, both literally in terms of being out in the mountains, but also we had enough time to feel unrushed and to do the question we were exploring justice. We had permission to ask what if, and to not squash that imagination with ‘yes but’. We were in nature, in a beautiful place. We were not under surveillance or imposed anxiety. It was clear that there were no right answers to the question we’d been asked. Because we had created the ideal conditions for the imagination to flourish, it flourished. It was the opposite of sitting in a strip-lit white office in front of a whiteboard being asked to come up with ideas.

It felt like such an honour to be part of this process, to see it unfold. It was such an affirmation for me of how these ‘What If’ tools can take us deeper, can support us to access our deeper imagination. And as more and more organisations and businesses come to the realisation of the urgency and the scale of the climate and ecological emergency, we will need the tools to support them to go deeper in this way. To help make it invitational and enjoyable, to invite the hairs-on-the-back-of-the-neck moments that accessing the imagination can bring. Only time will tell whether these ideas end up lost in the fog of emails and busyness once people get back to work on Monday. But, for me anyway, it certainly felt like once people had spent time in that altered state of consciousness, accessing their imagination, supported by ‘Yes, and’, that there isn’t really any way back from that.

My thanks to the Patagonia team for their hospitality and trust. Thanks especially to Herve, Mihela, Lucy and Caroline, and to Lionel.