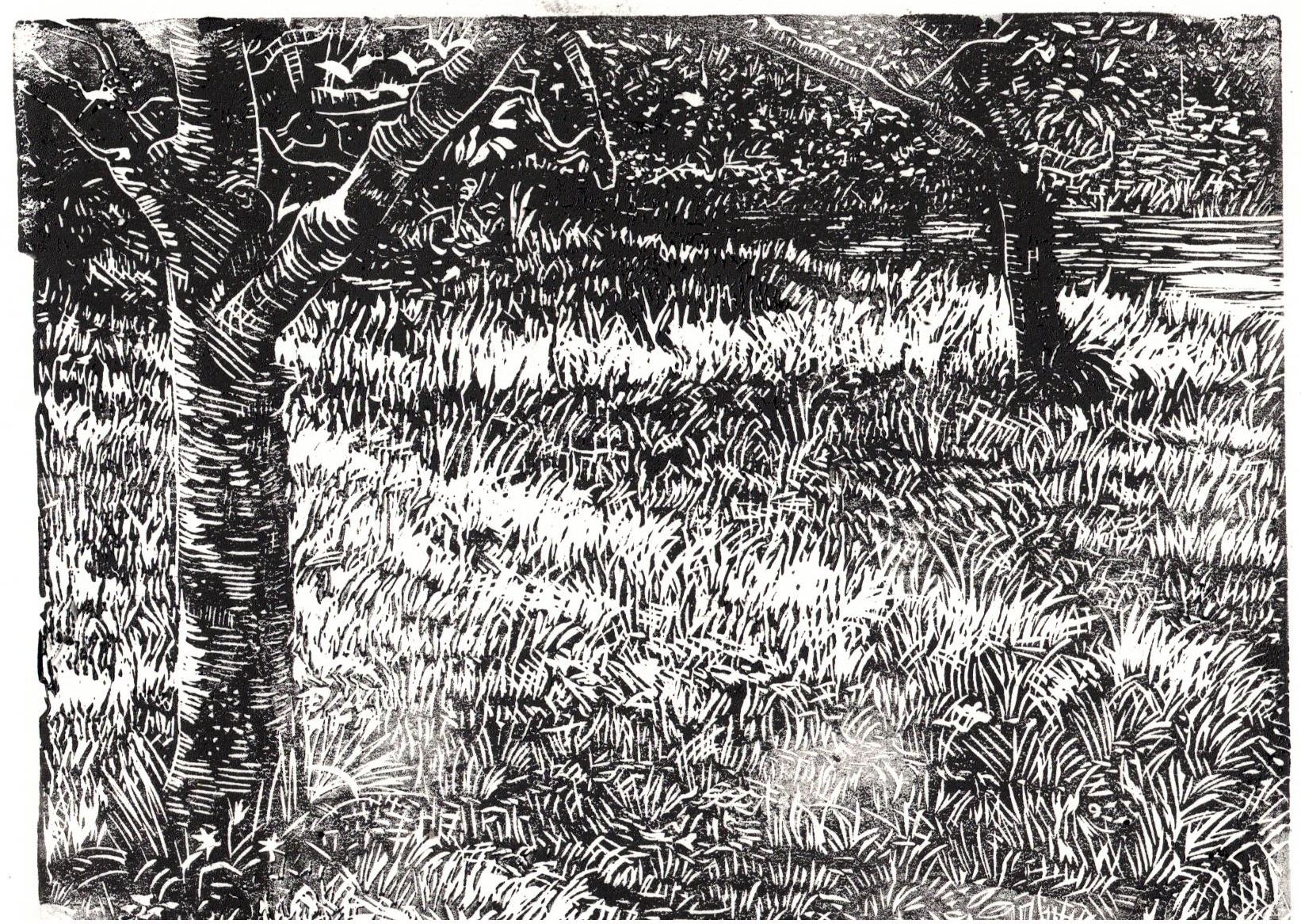 When a resilient future calls by to see if you want to come out to play.

There’s an exercise I do when I give talks or run workshops. I have done it with groups of 15, and also in a hall of 1,500 people. I tell the audience that we are about to do something historic, that we are going to attempt the first act of time travel in the history of that place. I invite them to make a pair with someone next to them who they didn’t know before that evening, and to close their eyes.

I then explain that they are going to use their imagination with all its senses, sight, smell, sound, feeling. I tell them that when we turn on our time machine we are going to travel forward 10 years, to 2030. They are not going to a utopia. They are travelling to a future where the 10 years between now and then were the most remarkable social and economic transformation in history.

Positive change built in amplifying cascades. Resources and policy-making unlocked bold and decisive action. Industries were transformed, biodiversity decline began to reverse. Cultural stories and narratives changed. It was a time that those who followed told great stories about, and sang great songs about. The bravery and vision of those people went down in history.

Then, using something that signals the turning on of our time machine (a physical step forward in small groups, a collective hum in large groups), we travel forward. For 2 minutes people sit in silence. Then, keeping their eyes closed I invite them to share with their partner what they’re seeing. The room fills with deep reflection and lots of waving around of arms to capture what they experienced.

We then come back together as a group and people share their experiences. “There are no cars”. “There are no homeless people”. “Birdsong is so much louder”. “There are food gardens everywhere”. “There’s a strong sense of collective purpose”. It often moves people deeply. There are sometimes tears.

Once the evening concludes, people head off out into the world, and that fabulous dream can either go on to inspire them to work towards that new ‘North Star’ in their lives, or it can just dwindle as the ‘real world’ takes over once more. But it is profound work. A lot of people say that it felt like something deep shifted in terms of their sense of what is possible in the future. As Roberto Unger once wrote:

“the detailed image of an alternative is an insufficient condition, but it may also be a necessary one. The builders of an alternative will need such an image both to resist the gravitational pull of the dominant conceptions and to work out the operational logic of the institutions the establish”.

I found myself reflecting the other day that in many ways that world I have heard expressed now in so many different settings (because these shared visions are usually very similar) has already arrived. Of course this dreadful virus has had many appalling impacts and caused huge amounts of stress and suffering for many people. I don’t for a second wish to downplay that. But at the same time, such acts of imagining are so much easier and more possible than they were 4 weeks ago. Just look out of your front door.

Geese, goats and other wildlife are wandering though town and city centres. There has been an explosion in people growing food. Seed companies are overwhelmed and having to ration orders. A recent survey by the RSA found that more than 19 million of us (38%) say they are cooking more from scratch and 17 million are throwing away less food (33%).

Over 3 million people have ordered food from a local farm for the first time. Online searches for ‘how to cook’ have increased hugely. Airlines are grounded. The price of oil has collapsed to a point where  it is cheaper to give it away (in the US at least). Friends who live under busy flight paths tell me of how unimaginable life without planes going over their house every minute was, until it actually happened. Artists, actors, musicians, orchestras and performers are all going online, exploring the practicalities of life without flying and touring huge shows around the world. Businesses who felt they had no choice other than to fly their teams to Paris for meetings are realising that actually meeting online instead works perfectly well.

Urban air quality, seen as one of the factors behind increased vulnerability to COVID-19, has improved dramatically. Whilst this is clearly noticeable in the towns and cities of the UK, it is especially apparent in cities like Delhi, where politician and author Shashi Tharoor recently wrote that the “blissful sight of blue skies and the joy of breathing clean air provides just the contrast to illustrate what we are doing to ourselves the rest of the time”. Local authorities in the UK were instructed by central government to find beds for all rough sleepers within a week (although they characteristically neglected to provide any additional funding to support this).

If we believed Hollywood disaster movies, by now we should all be in a profound state of social unravelling, looting and attacking each other. Instead, as comedian Russell Howard pointed out last week, “Hollywood really underestimated us. Every disaster film is the same. People are fighting, and stealing, and burning. We’ve been quite nice!”, before going on to show glorious video clips of eccentric behaviour across the country (I love the guy dressing up as his own dustbin before freaking out the dustman by running off down the street cheering). In many ways it has brought out the best in us.

One of the things that is most interesting to me about the Time Machine exercise is that not once has anyone said “there are more supermarkets”. Or “I’ve got this amazing new phone”. Or “our town has got a great new flyover”. Somehow it is an exercise that distinguishes between pleasure and happiness. Pleasure is more about short-term reward and gratification, while happiness is more about long-term contentment.

Which is why, as Robert H. Lustig points out in his book ‘The Hacking of the American Mind’, “chronic excessive reward eventually leads to both addiction and depression: the two most unhappy states of the human condition”. Our consumer culture is so geared towards pleasure at the expense of happiness, and the results are clear to see. What always fascinates me about this Time Machine exercise is that it somehow dodges past pleasure and heads straight to happiness. When the right conditions are created, people imagine a future that is rooted in happiness and contentment.

Clearly, no-one would choose to celebrate the circumstances under which these changes have happened. This is not how these changes should have happened. But recent weeks show that in fact, as opposed to the prevailing “there is no alternative” narrative, there is of course an alternative. Anything is possible. But then you always knew that…

Question is how we build on this. How we move forward? As Henry David Thoreau put it:

“if you have to build castles in the air, your work will not be lost, that is where they should be. Now put foundations under them”.

That’s the question, how do we build forward from here?

Already some places are refusing to accept that the response should not be to ‘bounce back’ to where we were before, but rather to ‘bounce forward’ to something new and better. The city of Milan, for example, has announced that over the summer 22 miles of streets will be transformed into what was referred to as “a rapid, experimental citywide expansion of cycling and walking space to protect residents as Covid-19 restrictions are lifted”. Marco Granelli, the city’s deputy mayor, said:

“of course, we want to reopen the economy, but we think we should do it on a different basis from before. We think we have to reimagine Milan in the new situation”.

Janette Sadik-Khan, former transportation commissioner for New York City who is supporting Milan in this transition, said “it’s a once-in-a-lifetime opportunity to take a fresh look at your streets and make sure that they are set to achieve the outcomes that we want to achieve”. The same applies to localising food production, to the expansion of public transport, to reimagining our relationship to work, to everything. We push on from here, and we hold the line to resist being dragged back to ‘normal’.

After all, as Charles Yu points out, it’s not that world of clean air, clear streets, gardens full of vegetables, birdsong and quiet, the world that reveals itself when we pause to imagine, that is ‘unreal’. The truth is that for far too long we have tolerated an economy that was an illusion, only because it went unchallenged. He writes:

“what the current crisis and our responses to it, both individual and institutional, have reminded us of is not the unreality of the pandemic, but the illusions shattered by it”.

Now that these myths lie shattered, let us move on from here, the smell of fresh air in our nostrils, and build the future our dreams tell us is what we, and the world around us, deserves. And one that this time works for everyone, not just a select few…

*Lino prints by the author… passing the time in lockdown by trying to do something artistic every day.