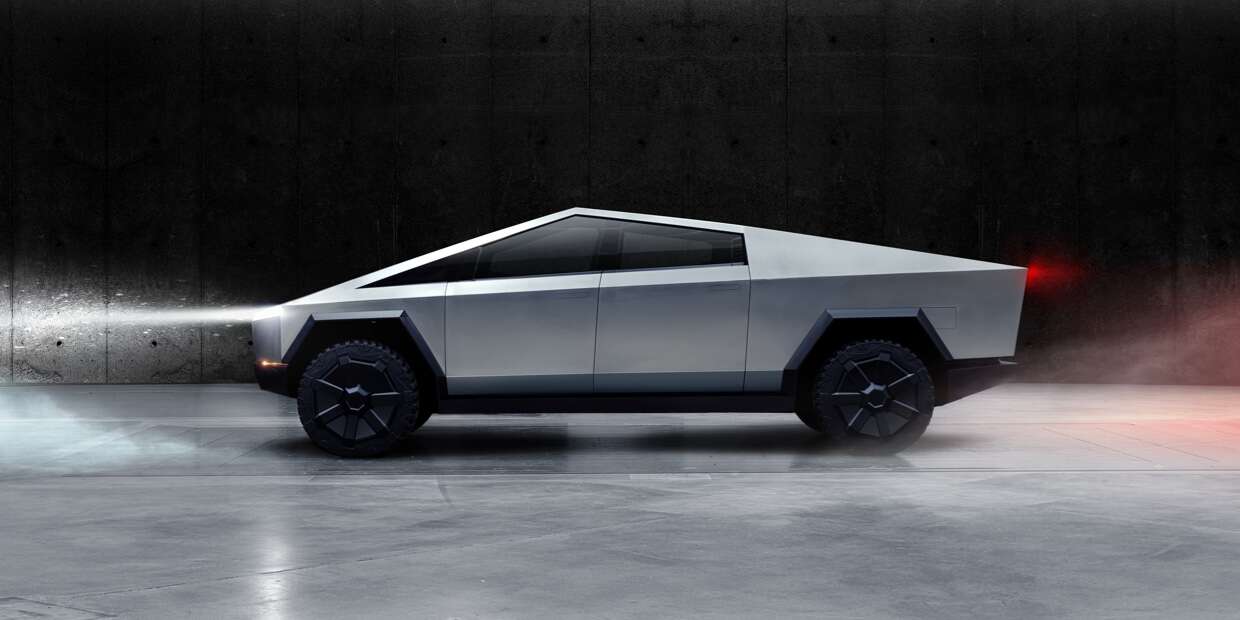 Why Elon Musk’s ‘Cyber Truck’ could be ruinous to a future worth longing for.

Elon Musk recently unveiled, at a Blade Runner-themed launch in Hawthorne, California, the new Tesla ‘Cyber Truck’. While much of the press coverage focused on the fact that its supposedly unsmashable windows smashed not once but twice during the launch, I want to focus on a question I haven’t heard asked yet. To what extent could the Cyber Truck undermine our ability to imagine a low carbon future in such a way that we can create a deep longing for it?

It might seem an odd question. I’ve spent the last two years exploring the question “what is the state of health of our collective imagination in 2019?”, and concluding that the answer is “in critical condition”. We recognise that if a population isn’t sufficiently nourished, we will see a decline in health and a rise in preventable illnesses. We recognise that if we fail to give a population a good education, it will fail to reach its potential. Yet we have taken our eye off the human imagination as being of importance, with potentially tragic consequences.

As a result, we have an education system which offers less and less space for the imagination (once defined by John Dewey as “the ability to see things as if they could be otherwise”). Most people’s work lives offer very little space for the imagination, we live in an ‘Age of Anxiety’ which has been shown to contract our ability to be imaginative, and the current government’s austerity agenda has decimated imaginative spaces such as libraries while also greatly increasing levels of anxiety. At the very time when we should be at our most imaginative, the huge challenges we face, such as climate change, hang on our ability to “see things as if they could be otherwise” before we then take action. Combined, this failure to nurture our collective ability to live imaginative lives represents a gross dereliction of duty.

Elon Musk is, in many ways, one of our great imagineers. He is often brilliant, and much of what he designs represent extraordinary contributions to the wider conversation about what a low carbon future might look like. But with the Cyber Truck we have a problem. Jessica Caldwell of the vehicle marketplace Edmunds told the BBC, “people probably won’t get past the look of it”. In case you’ve not seen it, allow me to describe it for you.

Its bodywork is grey stainless steel, with black triangular windows and wheels. Its shape is angular to the degree that it looks like it was cobbled together in Minecraft, or has been pixelated so you can’t see what it actually looks like. It is the vehicular equivalent of brutalist 60s architecture, and we all know how that turned out. It looks like, for anyone who remembers it, the tanks from the 80s arcade game ‘Battlezone’, or like a Stealth bomber’s younger brother. I would suggest that 99% of people, if presented with the Cyber Truck modelled in clay, would immediately round it off, soften its angles, re-humanise its form.

Maya Angelou once wrote “when someone shows you who they are, believe them first time”. If the Cyber Truck were a person, they’d be distant, arrogant, aggressive, possibly psychopathic, certainly not to be trusted. I have long believed that vital to the work of trying to make the world a better and more sustainable place, a more just, biodiverse world that has done absolutely everything the climate emergency demands, is our ability to create longing. To create a deep longing for how the future could be, to tell the stories about that future that bring it to life and create that longing.

We know from the work of Jackie Andrade and Jon May at the University of Plymouth and their ‘Functional Imagery Training’ approach, that imagining the future we wish to create in a multisensory way (what does it smell like, taste like, sound like, look like?) allows us to create “memories of the future” that can often tip the balance in favour of our actually making those changes  in our lives. In the same way though, there are things that can shut down that sense of possibility.

Imagine if you were cycling somewhere, and the Cyber Truck pulled up next to you at a junction. How would it make you feel? Intimidated? Unsettled? Small? Irrelevant? More imaginative or less? Characters from books we read as children had vehicles that were colourful, characterful, and which defined their individuality. It is hard to imagine Noddy behind the wheel of a Cyber Truck. It really wouldn’t work. Or these guys…

Also, the Cyber Truck does not help us imagine the transport systems of the future. A future of cities rich with connection, with far less cars and trucks, with public transport so amazing that you’d never even feel the need to own a vehicle. Roads, formerly full of cars, now full of gardens, play spaces, social spaces and art. If we must have private vehicles, they should be more lightweight, customisable, beautiful and curiosity-generating, repairable and recyclable. As speed limits fall in our cities, so the diversity of vehicles that become possible will blossom.

The most exciting and imagination-nurturing solutions I see tend to be so much smaller and more humble than Musk’s visions. Suitcases fitted with an electric motor that you can sit on. The amazing cargo bike revolution building around the world as captured so beautifully in Liz Canning’s recently-released film “Motherload”.

The French company XYT who are building ultra-modular electric vehicles that can be easily customised. As they put it, “clients can compose their own tailored vehicles to their image, needs and desires”. Cities where cyclists have their own whole realms to travel through separated from traffic rather than just by a white line. Or how about buses that encourage conversation and reading? Trams that also distribute locally-grown food? Why not? Just the mental pictures you’ll have generated reading about those options will have expanded your sense of what the future could be.

In Argentina, artist Raul Lemesoff has created ‘Weapon of Mass Instruction’, a tank-like vehicle with a rotating turret, whose outside surface stores around 900 books. He roams through the streets of Buenos Aires inviting people to borrow the books on one condition, that they read them. Now imagine THAT pulling up alongside you at the traffic lights. How might it help you embrace the climate emergency with a spirit of “what if?” and of “why not?”

I was recently in Paris for international car-free day. I cycled through the streets with around 300 people in a Critical Mass-style bike ride, accompanied by an electric vehicle that was a lighthouse, complete with speakers playing seagull noises, to a neighbourhood that had closed its streets to cars and renamed its streets for the occasion. There was a ‘Street of Play’, a ‘Book Street’, ‘Dance Alley’, ‘The Boulevard of Resilience’, ‘The Road of the Future’ and my favourite, ‘the Street of Improbably Meetings’. It was a taste of the streets of the future in a way that the ‘Cyber Truck’ can only dream of.

The stories we tell about the future, and the feelings that those stories evoke, really matter. They can open up or shut down possibility. We told stories about going to the moon for decades before we actually went, fuelled in part by the longing those stories evoked. In the same way, the things we design and the way we design them, the shapes, colours and forms we use, really matter. That ability to “see things as if they could be otherwise” does not happen by magic, nor is it actually particularly robust. It needs the right conditions created in which it can emerge and flourish, and the Cyber Truck creates exactly the wrong conditions.

My thanks to Julien Dossier for suggesting some of the examples in this blog to me on a long train journey the other day.