Drew Dellinger: “If we had more imagination, we could have less capitalism” 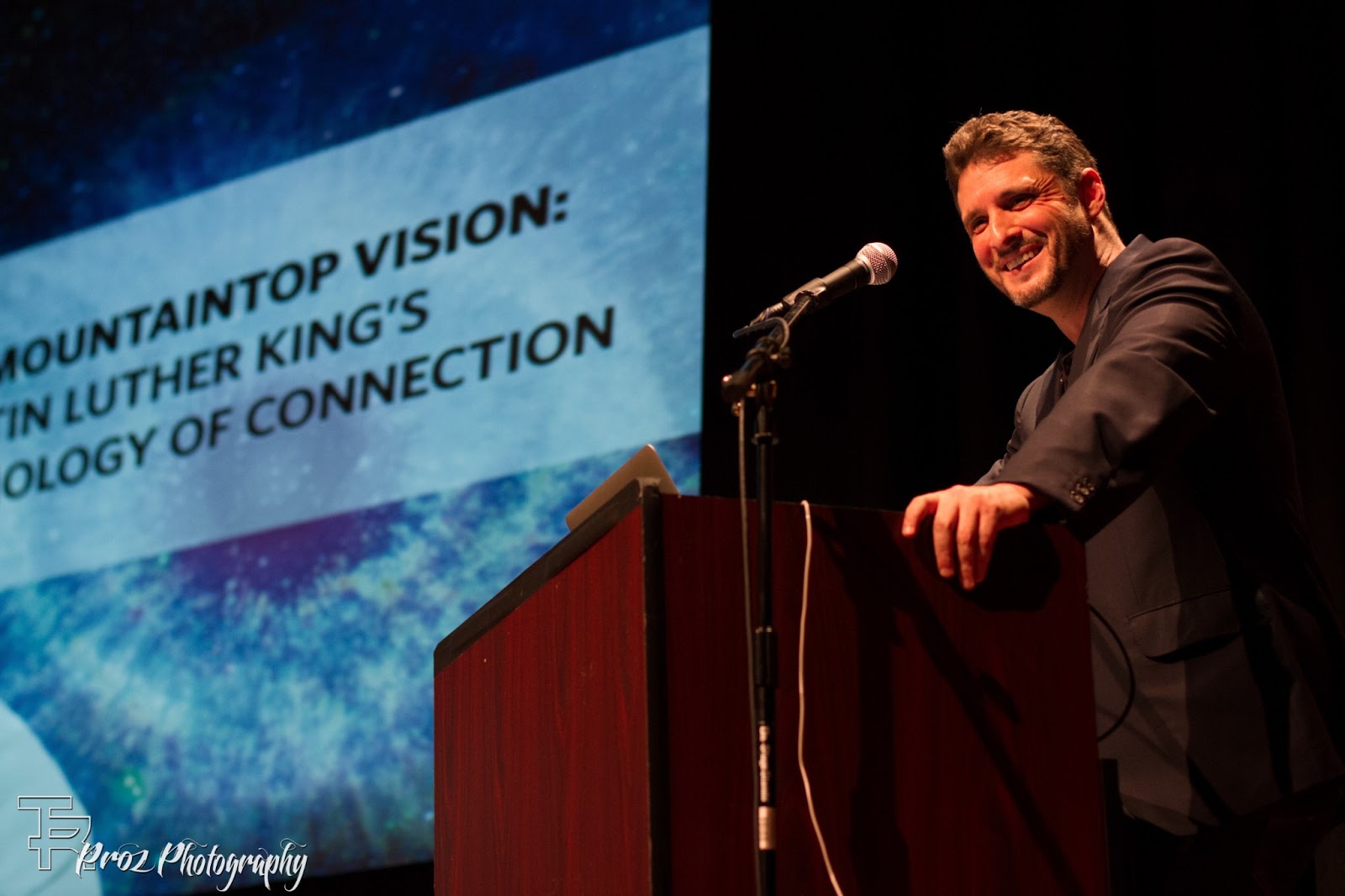 Drew Dellinger: “If we had more imagination, we could have less capitalism”

A planet that four billion years ago was a boiling orb of molten lava, and then can unfold towards Jimi Hendrix and Nina Simone, and these great exemplars of human creativity. I mean, that all came from a boiling orb of lava four billion years ago! The planet is imagination. The planet is creativity. The galaxies and the stars and the cosmos are imagination and creativity. When we tap into the most creative dimensions of ourselves, we’re tapping into some of the deepest dynamics of the universe itself.

Stuart Candy on imagination and being a futurist 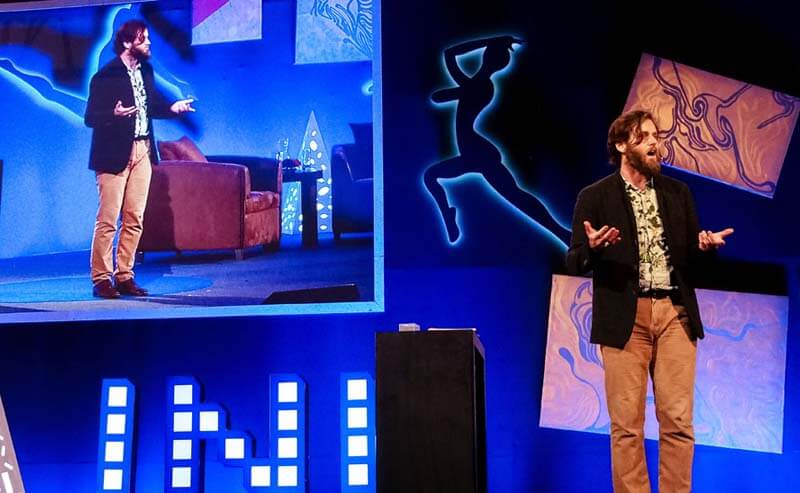 Stuart Candy on imagination and being a futurist

“The thing that excites me about your project and your focus on imagination is that it is a capacity that we airily talk about as being valuable and important, kind of like poetic language. “Isn’t it nice?  Imagination?  Isn’t it liberating?”  But imagination to me is actually a collective capacity, and the ability to think about futures is a collective capacity.  It might seem individual because that’s where the thoughts appear to be happening in our own minds, but the societies that we’re in and the people we’re around are the kind of enabling or disabling container for that”. 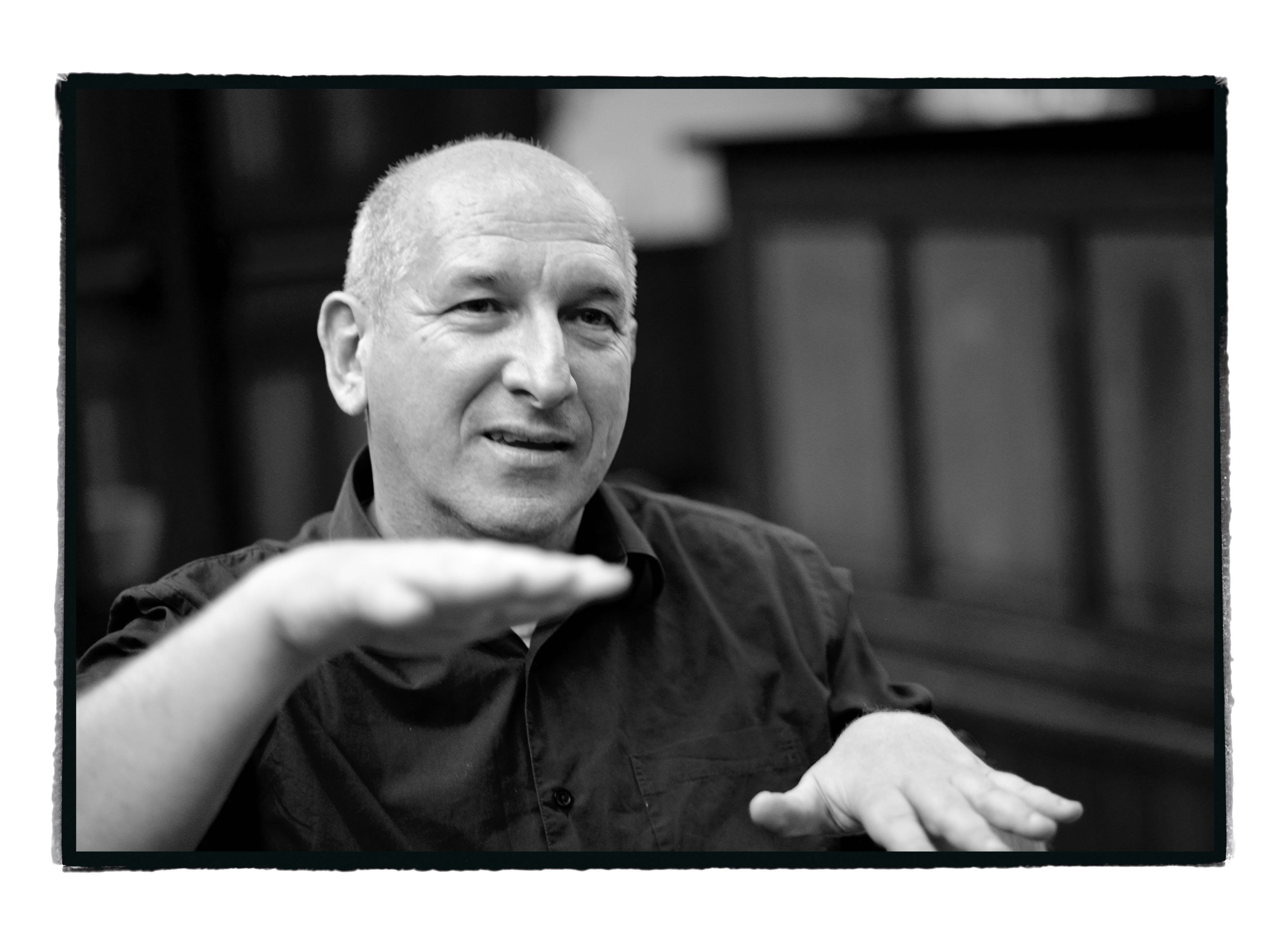 Last week, close to my home, was the Transition Design Symposium. It brought together people from around the world interested in what design can bring to the need for an urgent societal Transition, and for 2 days its attendees basked in glorious sunshine and fascinating interactions.  I managed to catch up with Michel Bauwens who was attending and speaking at the conference, and we took some time for a short chat sitting under a tree in sunshine.

Tom Hirons and Rima Staines on Hedgespoken, ‘a Vehicle for the Imagination’ 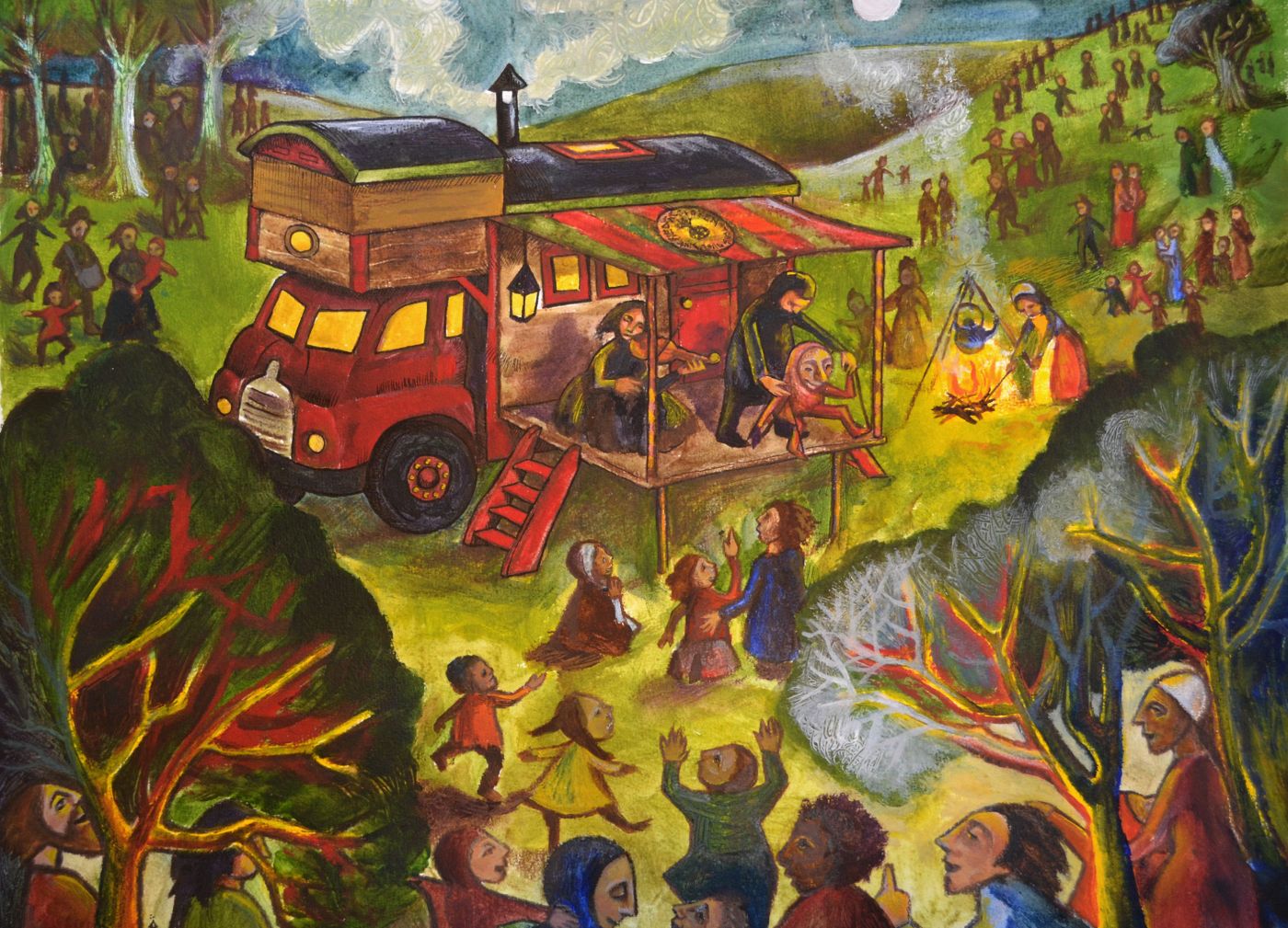 Tom Hirons and Rima Staines on Hedgespoken, ‘a Vehicle for the Imagination’

Rima Staines is an artist, musician and illustrator, puppet-maker, stop-frame animator, clock-maker, theatre designer and one half of Hedgespoken with her partner Tom Hirons.  Tom is a writer of poetry and prose and teller of traditional folk tales.  Together they created ‘Hedgespoken’, a travelling off-grid storytelling theatre run from a 1966 Bedford RL lorry, converted to be a home and a go-anywhere stage.  On one bumper it says ‘Vehicle for the Imagination’ and on the other ‘Imagination, Liberation’.  They travel, present stories, share artworks, having raised the money to convert the vehicle through a crowdfunder. 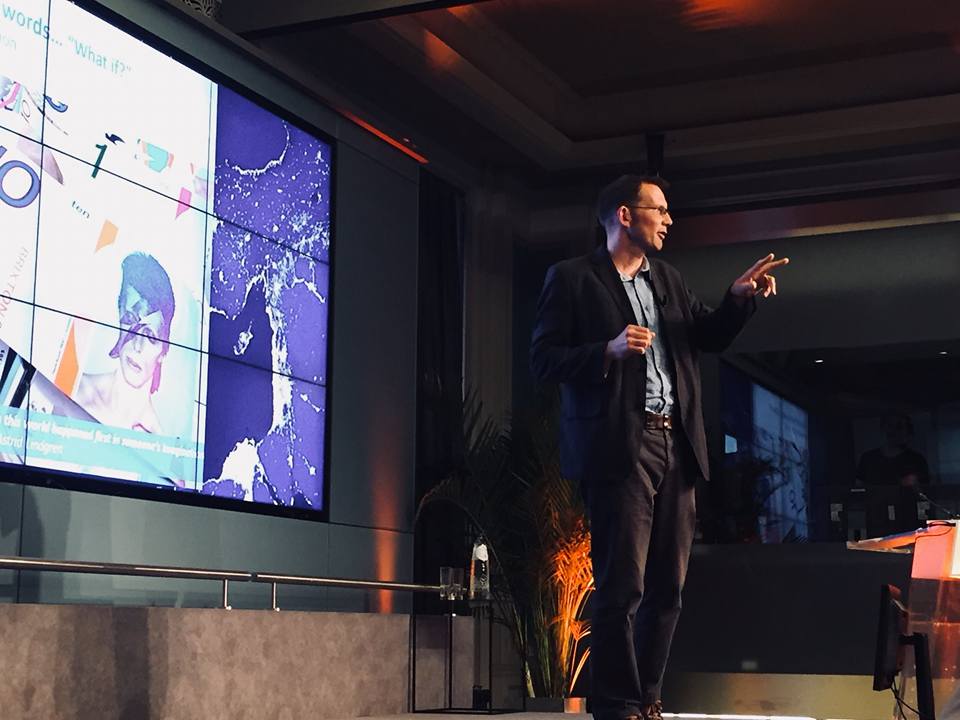 Last week I was in Brussels and was the keynote speaker at the Managenergy conference.  I used the talk to share some of the research I’ve been doing about imagination, some of which may be familiar to you if you are a regular reader of this blog.  They very fortuitously filmed it, and so I am able to share it with you here.  I hope you enjoy it.

Chris Parsons on Landworks, imagination and moving beyond prison 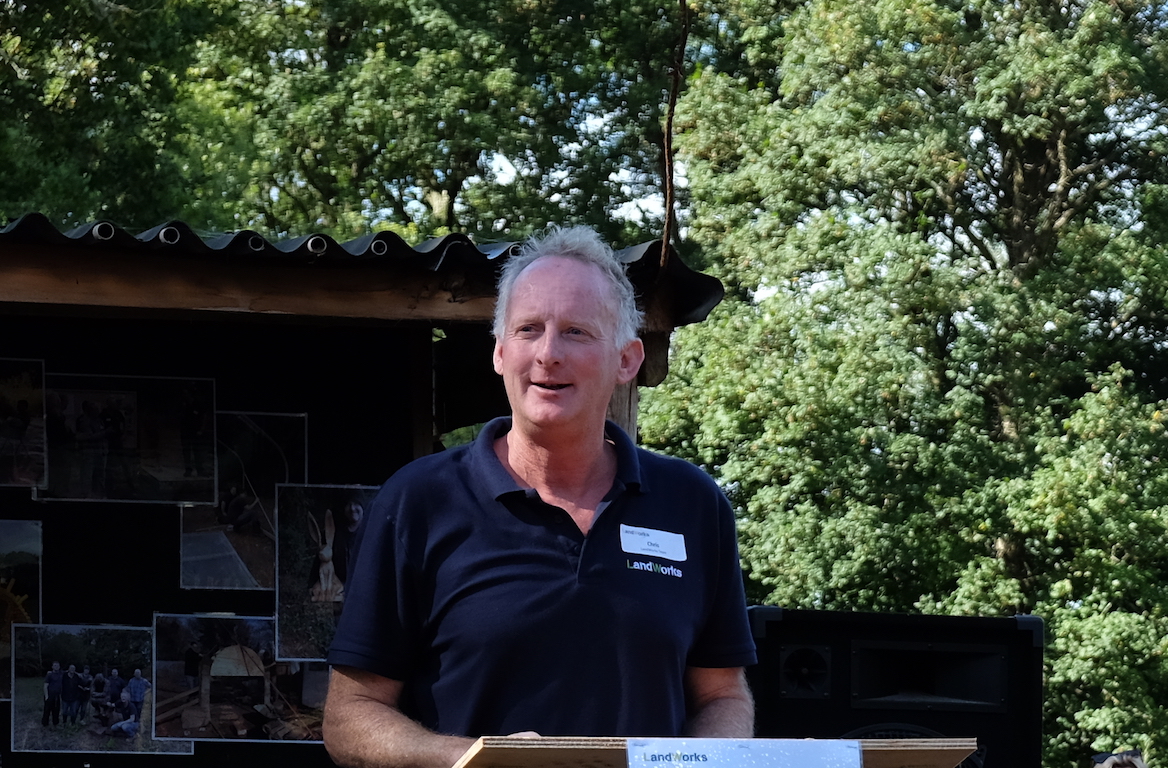 Chris Parsons on Landworks, imagination and moving beyond prison

In our last post here, Robert Macfarlane suggested that “in some ways imagination is a function of privilege”.  So what are the links between trauma, anxiety, poverty and the imagination? What does prison do to the imagination?  How might cultivating the imagination play a role in rehabilitating people in prison?  What might more imaginative approaches to prison look like, approaches which are land-based, practical and creative?  I popped along to Landworks to chat to Chris Parsons who started Landworks 5 years ago, and who still runs it.  I started by asking him to give me an introduction to Landworks and what it does.

Robert Macfarlane: “the metaphors we use deliver us hope, or they foreclose possibility” 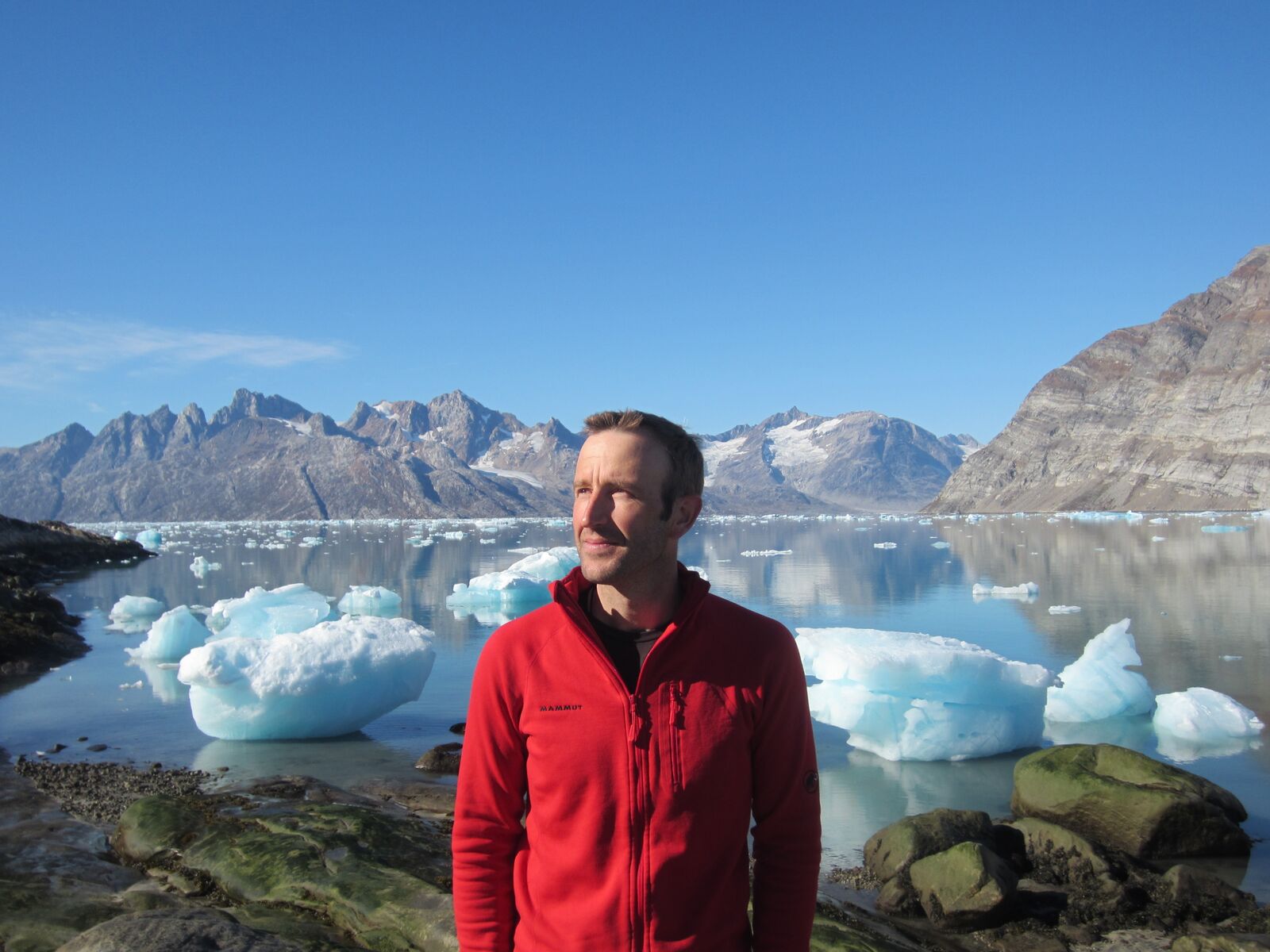 Robert Macfarlane: “the metaphors we use deliver us hope, or they foreclose possibility”

The metaphors we use deliver us hope, or they foreclose possibility.  The ways that we represent each to each other, or the human and more-than-human world, are incredibly powerful and determining, in the ways we then go on and behave towards those other entities.  So the cornerstone, the keystone, of my as-it-were language project, is diversity.  That, in another form, the form of biodiversity, is the keystone of modern conservation, I guess. 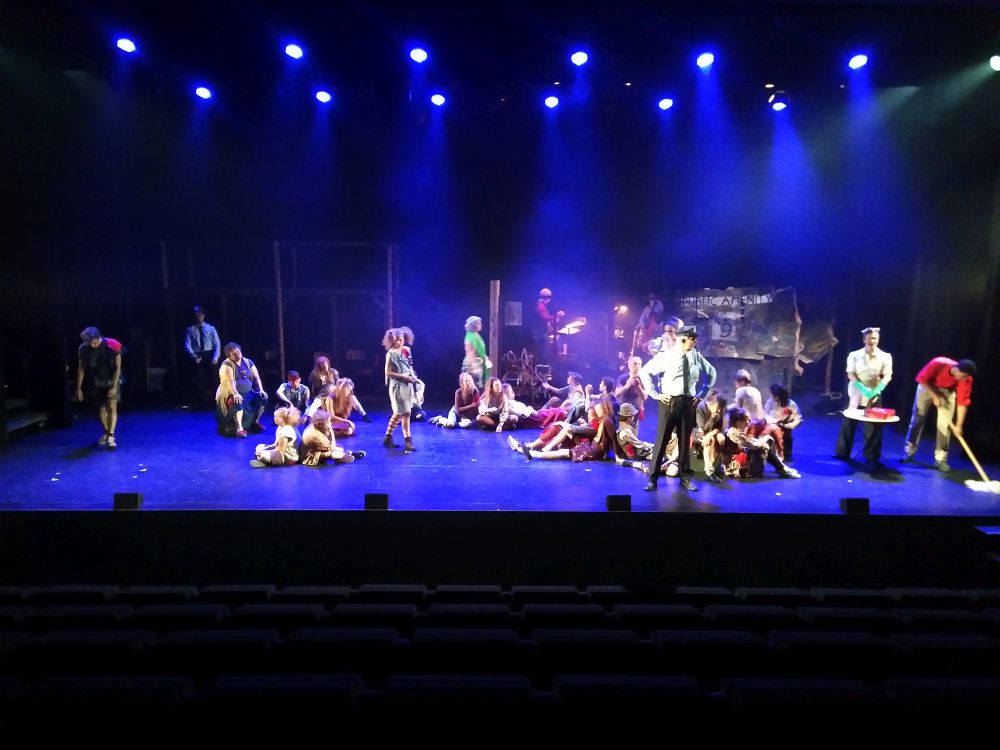 Sally Weintrobe on nurturing imagination amid a ‘culture of uncare’ 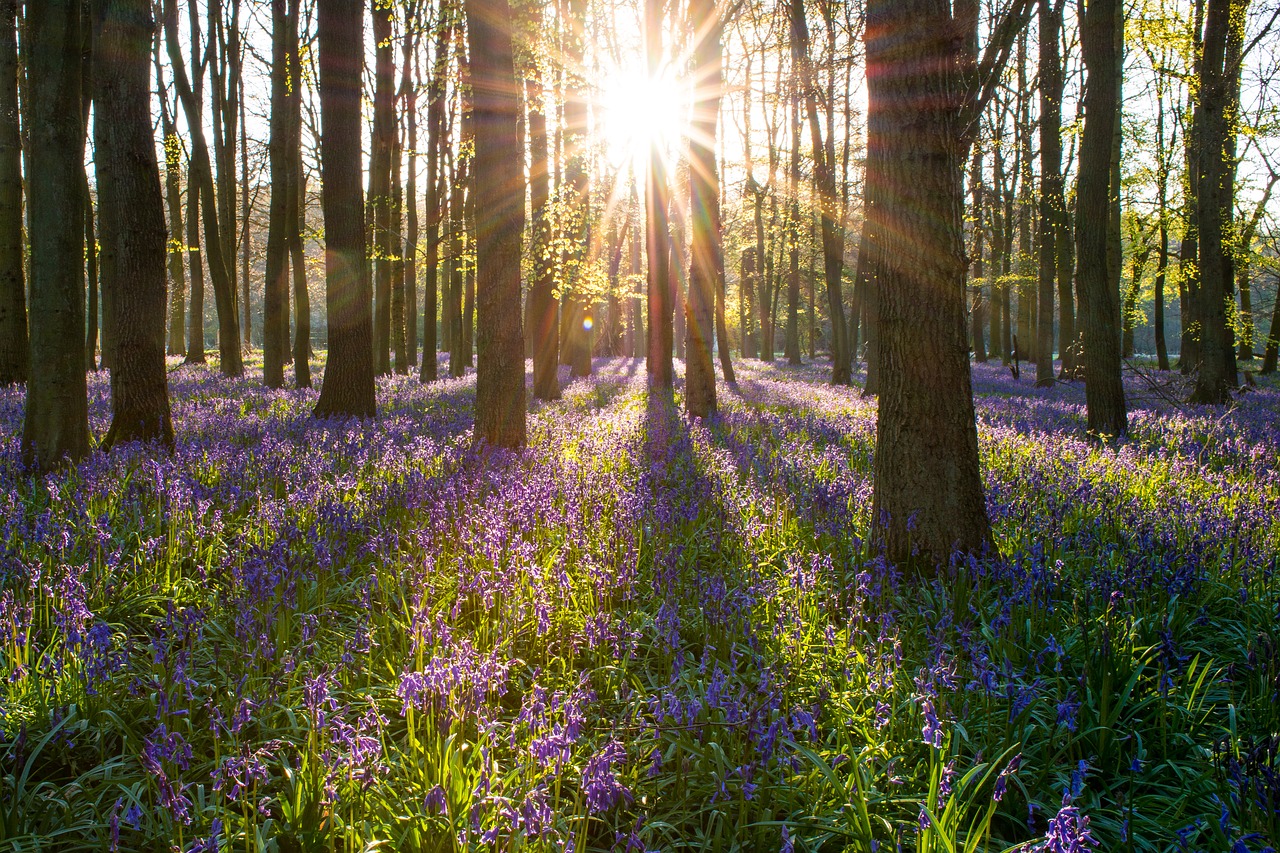 Sally Weintrobe on nurturing imagination amid a ‘culture of uncare’

Sally Weintrobe is a psychoanalyst and a founder member of the Climate Psychology Alliance.  Her work is driven, in part, by a fascination with denial around climate change, and around neoliberalism and its culture.  For Sally, you can’t understand psychological reactions to climate change without getting a handle first on the culture neoliberalism has created, and in which we are all, to a greater or lesser extent, implicated. I have been intrigued by her work and her thinking for some time. She has written about what she calls ‘the new imagination’, thinking that clearly overlaps with the explorations we’ve been having here. 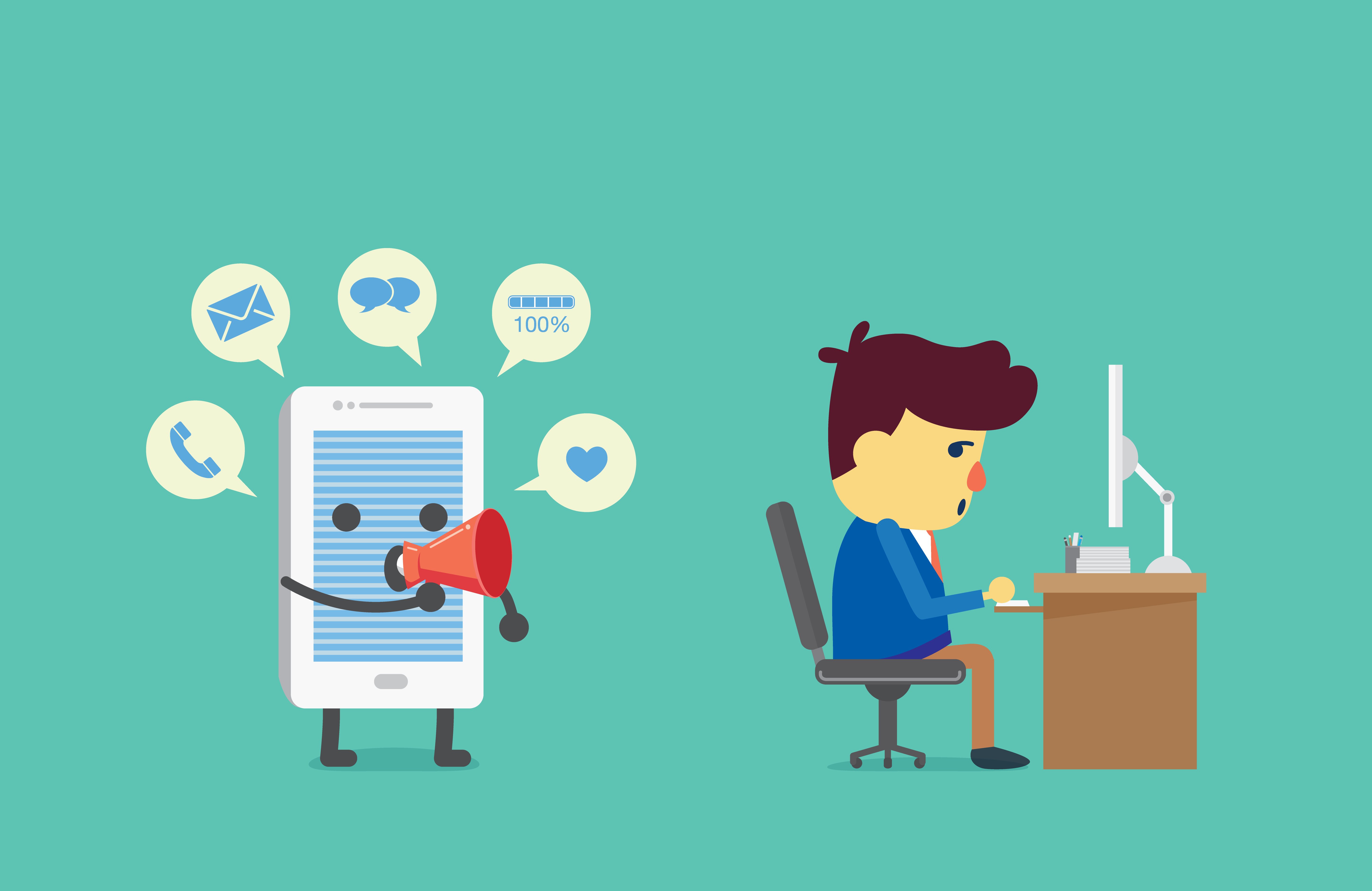 Today we’re talking about technology and the fragmentation of attention with Maggie Jackson. After an early career as a foreign correspondent, Maggie returned to the US and began writing about workplace and worklife issues. She began noticing the impact of early technologies such as laptops and cellphones on people. At that time, the tone of the national conversation was quite utopian and, Maggie felt, naive. “I call it the gee-whiz factor”, she told me, “many people truly thought that technologies were going to solve our problems, connect us, teach us, transport us, magically and painlessly”. Voicing any concerns or pointing out downsides easily had one labelled as a Luddite.